The Importance of Dramatic Play in Early Childhood

Marshmallows played a central role in a classic study of young children’s ability to control their impulses and regulate their behavior.

Four-year-olds were given the choice of eating one marshmallow immediately or waiting about fifteen minutes to get two. Not surprisingly, only about a third of the children were able to sit at a table with the treats in front of them and wait long enough to be doubly rewarded.

Those lucky children who had already learned to delay immediate gratification to get a bigger reward later, however, are on a path that will benefit them throughout their lives. These children are the ones who will be able to turn down party invitations when they need to study for tests and forgo impulsive purchases when they are saving up for a house.

Since this research was completed, child development experts have been studying how young children learn impulse control and self regulation. They discovered that when children are involved in complex pretend play that includes a variety of roles and extends over time, their ability to self regulate increases dramatically.

For example, children pretending to be doctors must inhibit their own behaviors and preferences and take on the role and actions of the doctor. They must act as they have seen their own doctor act, using a stethoscope, giving shots and telling parents about their child’s condition. They know that as much as they might like the sticker or treat the doctor gives the patient at the end of the appointment, it is their role to give it to someone else and not keep it for themselves.

Pretend play provides an ideal context for children to repeatedly practice holding their own impulses in check and act in accordance with the social rules and roles of other characters. Children who have plenty of opportunity for such play during preschool are generally more successful when they enter elementary school, when they are expected to control their own impulses to talk with neighbors or walk around the room and instead take on the role of the successful student who complies with the requests of the teacher.

Games played by generations of young children also play an important role in the development of impulse control. During Freeze, children move to music and then stop moving and freeze their position when the music stops, overcoming their impulse to keep dancing. In Simon Says, children listen carefully and control their impulse to follow the instructions and movement of the leader if the key phrase “Simon says” is not included in the directions. The ability to control simple physical impulses is an important starting point for learning to control more complex impulses as development continues.

It’s easy and enjoyable to help your child develop self regulation and impulse control. Here are some suggestions to try at home: 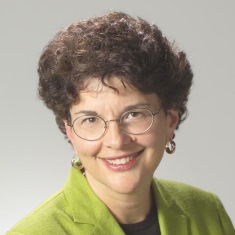 No matter the weather, there are many benefits to letting kids play outside! Here are just a few reasons why.
March 5th, 2018

While at the park, you see your child take a toy away from another child. Your first instinct is to grab the toy away from your child and say something like, “We don’t take toys from people. Now, tell him you’re sorry.” However, many early childhood educators suggest that forcing children to apologize, when they […]

As parents, we want our children to be generous, kind, and cooperative with others. We may think we can help them learn these skills by requiring them to share with others. However, many educators now believe forcing children to share does not actually teach the intended lessons. So let’s start by thinking about the social […]